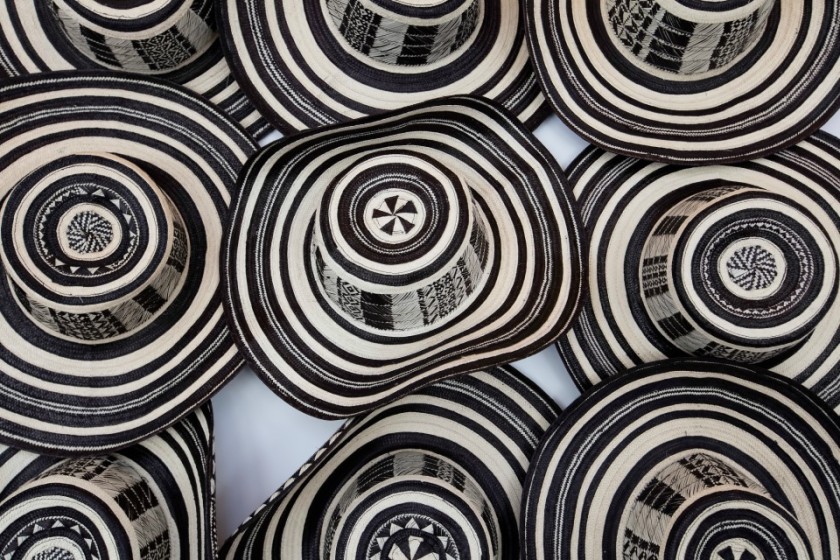 For months we kept our intentions under our hats, thinking that we did not want to be caught off guard and not be able to answer our friends & families questions. We also wanted to be certain that this was something that we actually wanted to do!!

Our original plan (after months & months of research on my part) was to move to Belize. Belize is a small country, about the size of Massachusettes, which is South of the East coast of Mexico. We thought it sounded great because it is the only English speaking country in Central America and I cannot begin to tell you how many posts I read about how wonderful and friendly the people are, so we thought this sounded amazing. 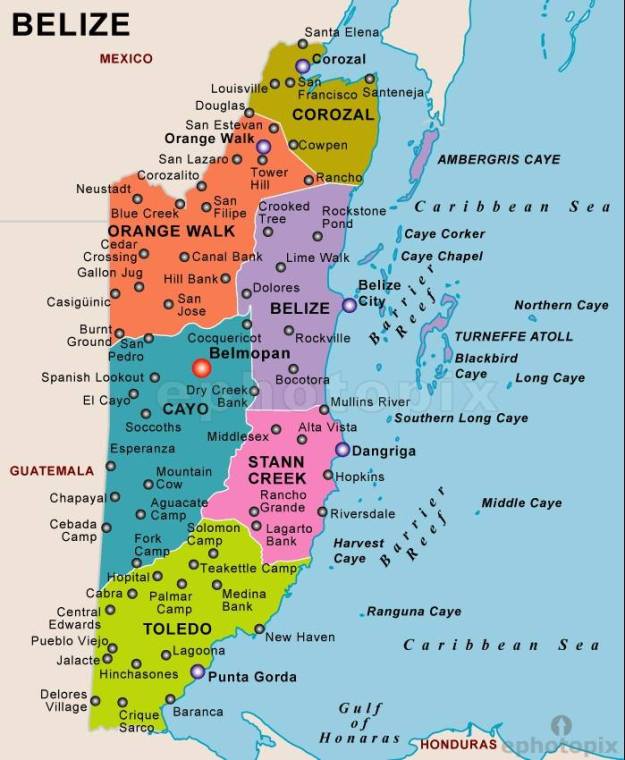 When we made our plans to visit Belize, we had a few areas in mind. Most people vacationing in Belize go to Ambergris Caye, which is a beautiful island with diving, snorkeling, boating and all kinds of great water fun.  Not us!!  First of all, it is much more expensive to live as an Expat on Ambergris Caye, but there is no hospital there and with Rich’s health issues, it could take 4-5 HOURS to get him into Mexico where there is good healthcare, so Ambergris was not an option for us.

We had planned to go to Corazol which is the Northernmost city in Belize, just over the border from Chetumal, México. We had heard lovely things about Corazol and were really looking forward to spending the beginning of our Belize trip there and then moving on to San Ignacio, which is located on the border with Guatemala and then later to the beach in Placencia, Belize. 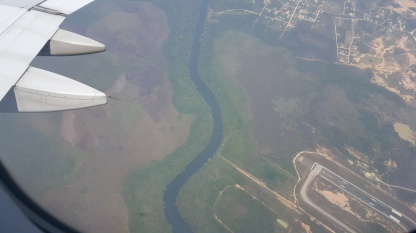 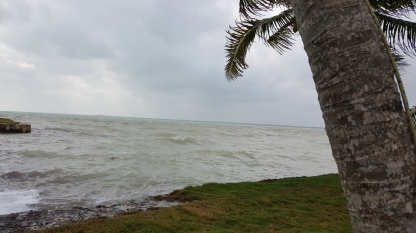 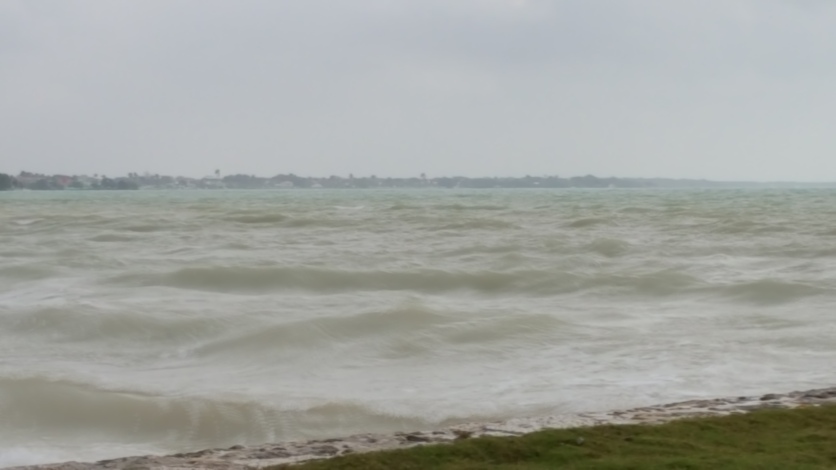 We had made our travel plans for late April into May 2017 had gotten our passports, and were so anxious to go visit Belize!! We had such high hopes!! Flying into Belize I took a ton of photos from above and then got a few shots on the ground of the very tiny “International Airport”. We rented our car and we were off!! Due North to Corazol! We thought the drive was supposed to take 2 1/2 hours, but it just went on & on & on with many road bumps along the way, literally and figuratively!! We saw many dilapidated houses that did not have roofs…some with no walls, but we tried to remain positive. Then we saw starving horses and cows with no grass in the fields.  (I wish now that I would have taken photos of the houses and the town, but I did not think about it at the time and was not planning on doing the blog at that time so I will add the photos that I have).

We stopped to eat at a little Mom & Pop place on the side of the road and found that Rice & Beans or Beans & Rice (which is the motto of the Belize food scene) really was true, but it was good because we were starving with dehydration coming quickly along!! So there we sat eating on the side of the road with tomorrow’s probable dinner running around at our feet (Chickens)!! We felt better after having some much-needed lunch and eventually made it to The Almond Tree Hotel which was fantastic compared to what we have seen so far!! 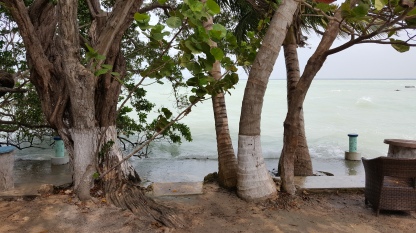 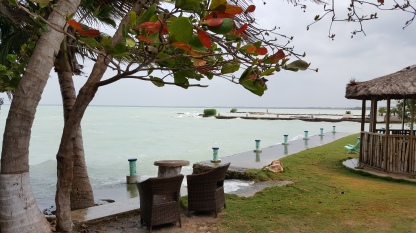 Corazol Bay from nearby restaurant 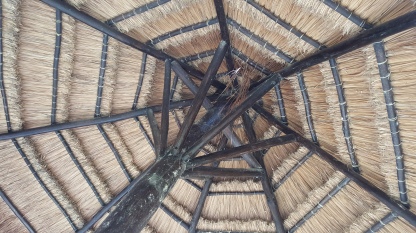 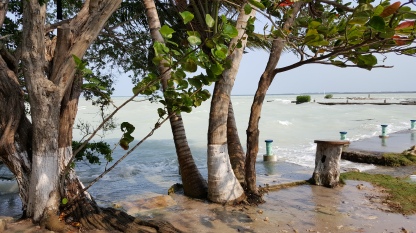 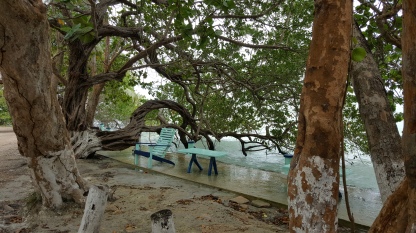 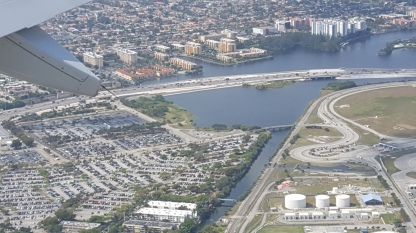 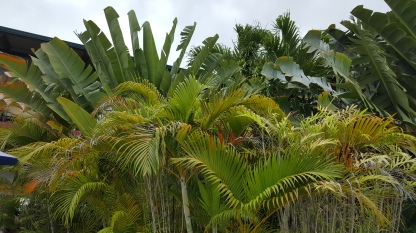 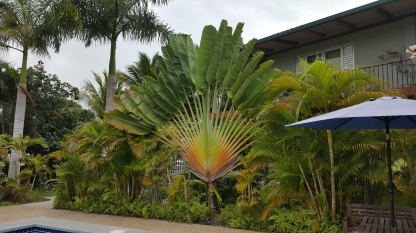 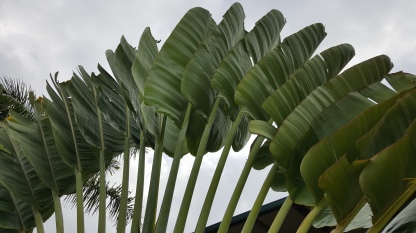 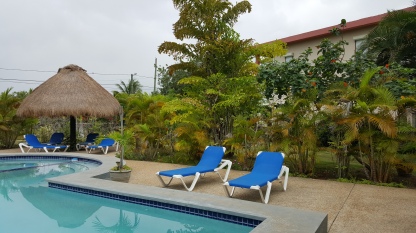 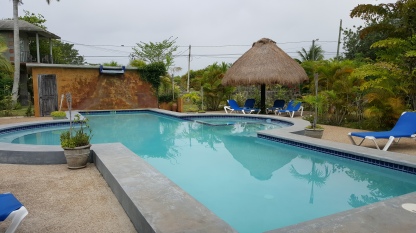 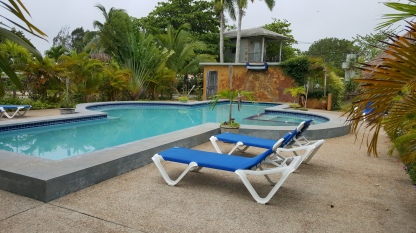 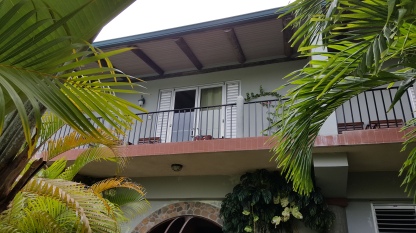 Our room at The Almond Tree Hotel 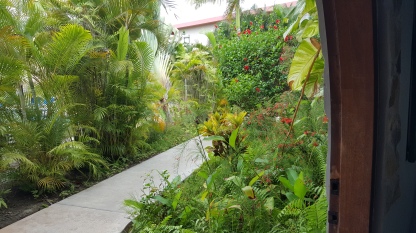 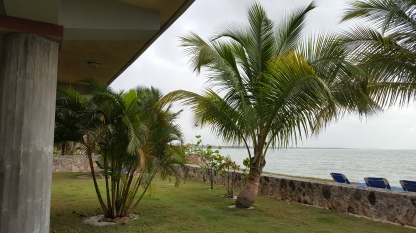 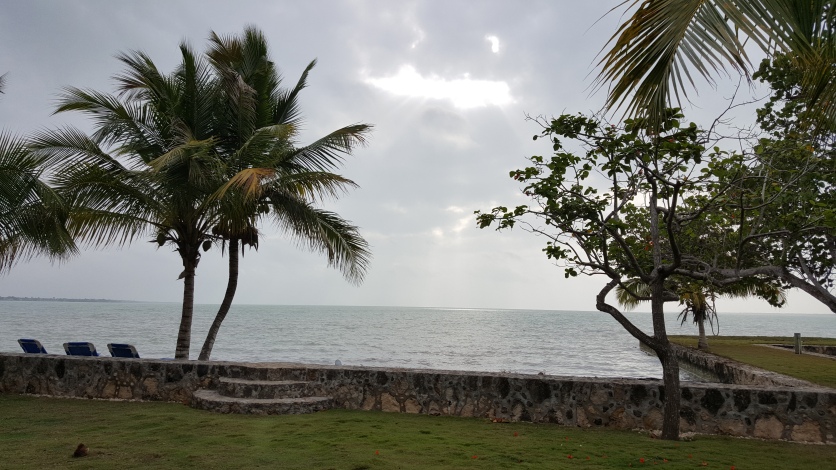 Recently retired after 30 years as a nurse!! Yay!! Moving to Mexico with the love of my life & our 4 crazy pets!! Please enjoy following our Mexican Adventure which takes you from the thoughts in our heads considering moving overseas to our everyday lives on the Yucatan Penninsula and everything in between!! View all posts by Karen and Rich